How to Download and Play Harry Potter: Hogwarts Mystery for PC, for Free

You can legally and safely download Hogwarts Mystery for PC and play it for free. This way, you won’t have to worry about your device’s battery running dry, potential glitches or sluggishness if you own an older device and so on. Playing the game on a large screen also feels better in my opinion…

If you haven’t played the game already, you should know that most people (myself included) are a bit disappointed with how Harry Potter: Hogwarts Mystery turned out. It’s not really a game that diehard fans wanted and it’s more of a time filler where you spend most of your time waiting for your energy to be replenished. 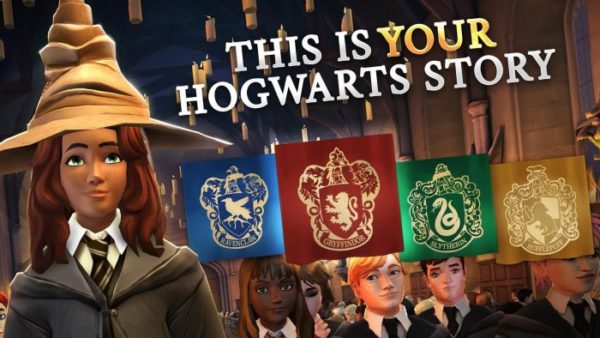 But it’s still a game set in the Harry Potter universe, so you should at least give it a try and see how you feel about it. And if you want to, you can download Harry Potter: Hogwarts Mystery for PC and play it for free by following the easy step by step guide below.

Guide to download & play Harry Potter: Hogwarts Mystery on your PC for free

2. After installing Bluestacks, launch it and log in with your Google ID. If you don’t have a Gmail account, create one for free and log in afterwards.

3. After logging in, simply type “Harry Potter: Hogwarts Mystery” in the search box. Click the result from the Play Store and install the game. This will download it on your computer and you’ll be able to play it from now on.

So this would be it! In three easy steps, you have downloaded Hogwarts Mystery on your PC and you can play it for free. This is fully legal, too, so don’t worry about doing something that you are not supposed to. It’s safe and easy.

And if you want to find out more about Harry Potter: Hogwarts Mystery, here is the official description of the game:

“YOU have been chosen to attend Hogwarts School of Witchcraft and Wizardry! Embark on your own adventure in this all new RPG set in the wizarding world, years before Harry Potter received his Hogwarts letter. Explore never-before-seen rooms of Hogwarts Castle and investigate ancient mysteries.

Learn powerful magic and knowledge from Professors Dumbledore, Snape, and more. Duel against your rivals and forge alliances with new friends to help you on your adventures. As part of WBIE’s Portkey Games label, this groundbreaking mobile game puts you at the center of an all-new story in the wizarding world.

When your mettle is tested, what kind of witch or wizard will you be? A heroic Gryffindor? A cunning Slytherin? You decide! After all, this is your Hogwarts story.”

If you don’t want to play the game (only) on your laptop or computer, you can download it right now for free from the App Store or Google Play.

1 thought on “How to Download and Play Harry Potter: Hogwarts Mystery for PC, for Free”