Great news for Marvel Strike Force fans! The line-up of super heroes available in the game has just been expanded with Ant Man joining Nick Fury’s ranks – and the following weeks will be just as cool as new heroes like the Wasp, Groot and Star-Lord are coming.

Starting today though, players will be able to unlock a brand new, size-bending Super Hero: Ant-Man. His unique ability to use Pym particles to shrink himself down to the size of an ant or supersize himself when necessary makes him an essential member of any Strike Force. With a hero of his stature-warping abilities, there’s no telling what sort of trouble Ant-Man can cause for his enemies!

You can check out the announcement trailer of the brand new Marvel Strike Force hero – and see him in action below:

And if this is not enough for you, rest assured that the game’s developers have more plans for the future to expand the line-up of available heroes to interstellar heights. That’s because The Wasp, Groot and Star-Lord are making their way to the game in the future weeks and you know you’ve got to have them all! 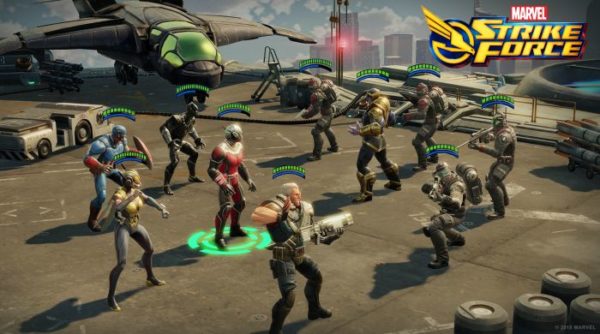 Released back in March 2018, the turn based RPG is still extremely popular on the mobile market and the fresh content that it has received will definitely keep it interesting for veteran players and newcomers alike. You can download the game for free on the App Store or Google Play and start building your own squad of Marvel Superheroes today.