Steampunker 2.0 Is a Unique Hand-Drawn Experience for Your iPad

I am always happy when I see that game developers create apps specifically for the iPad and Steampunker 2.0 is one of the games that have just been released on Apple’s tablet.

Although some might be tempted to believe that this a sequel to the original Steampunker adventure game, this is actually an updated and upgraded version that is suitable for those who haven’t tried the amazing adventure yet.

And if you’re wondering why you should give it a try, if a successful funding campaign on IndieGogo is not enough for you, then you should know that won Indie Prize for Best Game Art at Casual Connect in Belgrade and was chosen the players App Of The Year 2014 at Slide DB, while also being nominated for the Indie Prize at Tokyo Game Show. In other words, a really nice game!

And it surely is so, with beautiful hand-drawn graphics and a story that will greatly appeal the lovers of the Steampunk genre especially, but also anybody who gives it a try. Here’s more about the game, in the words of its developers:

“The adventures of Vincent, our hero, begin when evil robots attack the Earth. The game contains a series of puzzles linked together into a traditional “point and click” adventure story. We meet Vincent in a harbor, then he boards a submarine, travels to an island, flies to the Moon in a rocket and finally fights the robots in their spaceship. In order to complete the mission Vincent has to explore the world and find objects needed to fix the vehicles and move in his unique steampunk style world. The brain teasers include fighting a steam leakage, solving maths puzzles and many more.”

So if you haven’t played it already, do yourself a favor and head over to the App Store and download Steampunker 2.0. 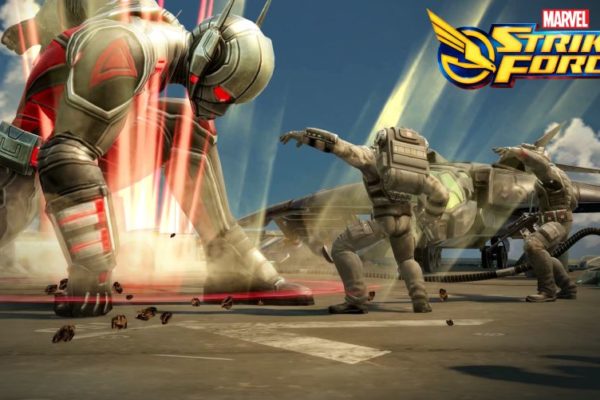